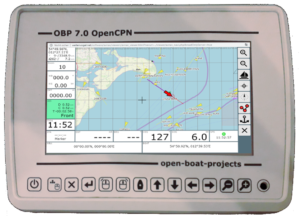 After Chistian made a first attempt at a 10 ″ self-made plotter had undertaken, a new approach for a new self-made plotter emerged. Some points in the old concept had proven impractical. In particular, the use of a Raspi Compute Module CM3 and its discontinuation had brought the old project into serious difficulties. The base board should have been completely redesigned. At the end of 2021 Christian undertook a new approach for a 7 ″ plotter. A 10 ″ plotter with the same approach should also follow.

This time should be a Standard Raspberry Pi 4B serve as a base. On the one hand, the standard Raspi already has all the essential functions on board and, on the other hand, it is much easier to get. 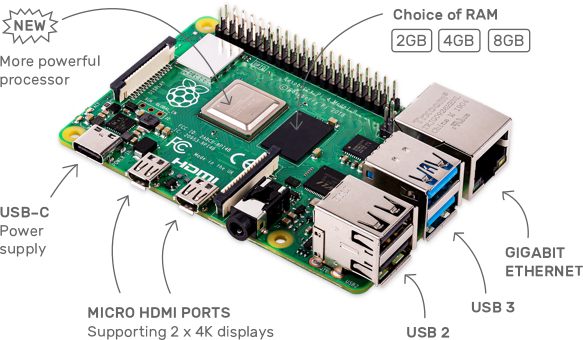 Since all expansion boards are docked via the post connector, the new plotter is also compatible with newer Raspi versions. The old Raspi 3B can also be used in the plotter. The aim of the new development is to keep the hardware expenditure as low as possible and to get along with commercially available components as far as possible. The number of additional boards should be kept to a minimum. In particular, the use of a commercially available weatherproof housing saves the time-consuming milling work for an adapted housing. A very simple assembly concept is implemented through a layered structure with frame parts. The aluminum parts and the housing processing can also be made by hand and do not necessarily require CNC processing. The aim is to offer assembled boards and prefabricated mechanical parts as a kit.

The device structure takes place in several layers. The bottom layer is the front frame with the display. The control electronics are located on the back of the display. There are 4 studs on the circuit board onto which the Raspberry Pi 4B can be screwed. The control electronics of the display are connected to the Raspberry Pi via flexible strip conductors. To attach the display to the housing, there is a base frame with two side parts to which the display can be screwed using the four brackets. The two side parts on the base frame are necessary in order to optimally utilize the overall depth in the housing. The orange metal part on the top is a cold finger that dissipates the CPU heat to the aluminum frame and thus cools the CPU effectively without having to use a CPU fan. The red circuit board on the left is a GPS receiver, which can be purchased as a ready-made electronic module in electronics stores. 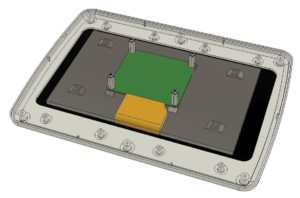 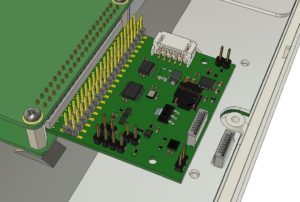 The expansion board below the Raspberry Pi contains the power supply, an audio amplifier and the connections for the keyboard, the GPS receiver and the loudspeaker as well as the driver for the CAN bus for NMEA2000. 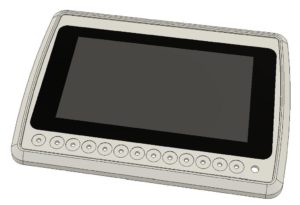 The cutouts for the buttons, the display and the IR receiver are located on the front. The front cover is covered with a foil printed on the back. The printing creates the lettering and the adhesive prevents water from penetrating.

The 7 ″ plotter consists of only a few hardware components:

Raspberry Pi OS Buster is the operating system on a 32GB SD card that is inserted into the Raspi. Christian has created two image versions. Once for AVnav and once for OpenCPN as navigation software. The software variants differ in terms of usability and support the special features of the navigation software. While AVnav is fully browser-based and uses touch operation without keys, OpenCPN, on the other hand, is a desktop application that is operated with a mouse and keyboard. In order for OpenCPN to be operated without a mouse and keyboard, some control buttons are required in the plotter. The most important OpenCPN key functions such as zooming and various views have been assigned to plotter keys. There are also some software extensions for Raspberry Pi OS Buster. Christian also has customized ones IR remote controls built with a mouse emulation that you can use. 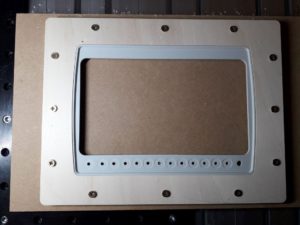 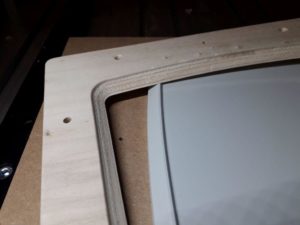 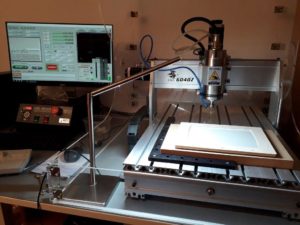 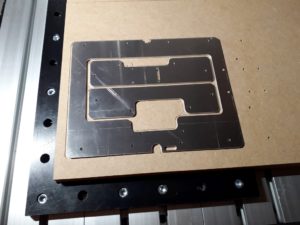 Fig.Milled parts for the mounting frame (attached to the sacrificial plate with double-sided adhesive tape) 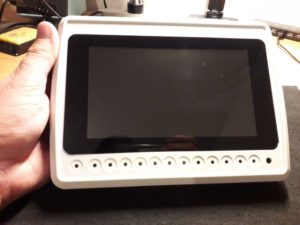 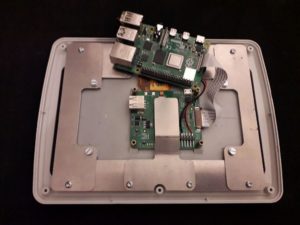 Fig.Layer structure (below TFT board, above Raspi) 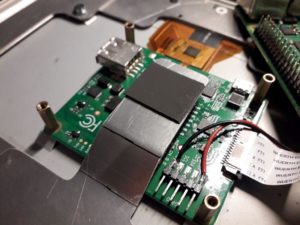 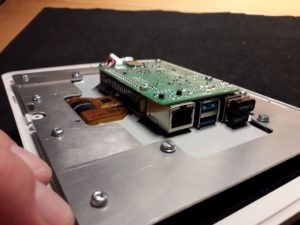 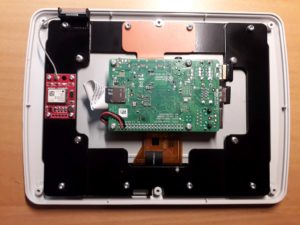 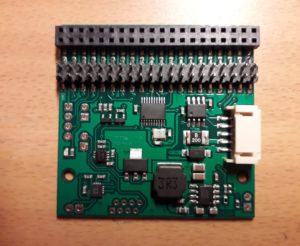 Fig. Circuit board for power supply, for connecting the peripherals and the NMEA2000 bus 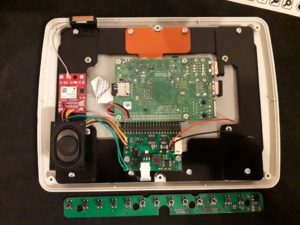 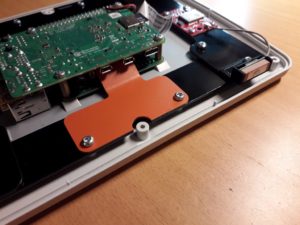 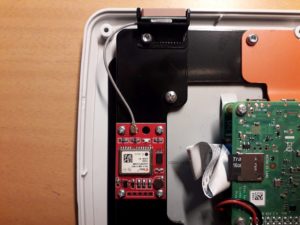 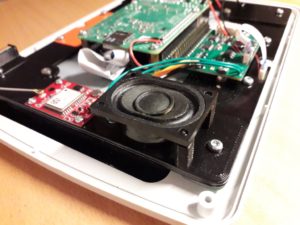 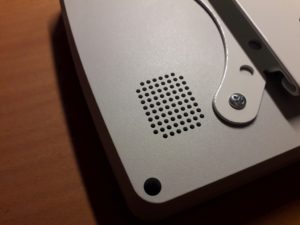 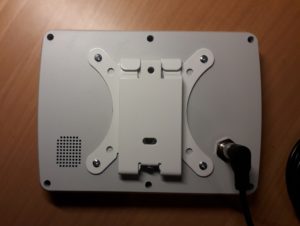 Fig. Rear side with Vesa mount and NMEA2000 connection 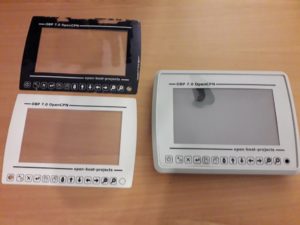